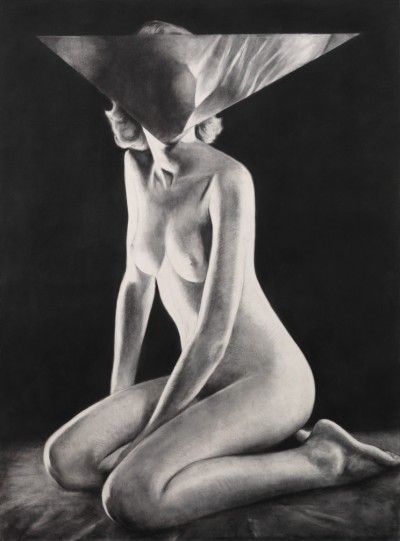 ...In The Thin Veil (2019), a naked woman kneels expectantly, her soft flesh illuminated by a stark spotlight. Yet this seductive sexuality is ruptured by the triangular shard veneering her face, its razor-sharp edges daring the voyeur/viewer to approach. Can you elaborate on this work?

I’m trying to represent an idea of other dimensions that exist outside of our own awareness. The title refers to the 'thin veil' between the living and the dead, a spiritual concept that other dimensions are not far from our own. Playing around with collage led to this particular image and it made me think of the film ‘Metropolis’ (1927), even though I can't recall the last time I saw that film. There's something futuristic about the triangular shard and the central part reminds me of a fencing mask. So protection is also a part of the idea behind the work.

The elegant gloved hand in Rechannelled (2019) smothers the figure’s face in a gesture that feels both affectionate and aggressive. What’s happening in this work?

This work is about the loss of my mother, who died just over a year ago. It feels like someone being stolen from you, so I used the mysterious gloved hands to disguise the identity of the face. The image of the woman is not directly from a photo of my mother, but it looks very much the way she did in photographs from the 1960s before I was born. Death is inevitable for everyone but it doesn't seem to provide answers, only more questions. It's difficult subject matter for me but seems to be part of my grieving process.

I'm particularly interested in hands at the moment as a symbol of connecting to the afterlife. I'm fascinated by gestures of connection, kindness and longing. In Symbolic terms for example, the right hand can represent the rational, conscious and logical mind while the left can symbolise weakness, decay and death. Then there's terminology such as 'Hand in glove' which refers to a very close relationship or agreement. Early tribal cave paintings show hand prints that seem to have been made in order to communicate a message to other tribes and very possibly to reference a communication with ancestors who had passed. There is so much more to the Symbolic nature of the hand in history and art... 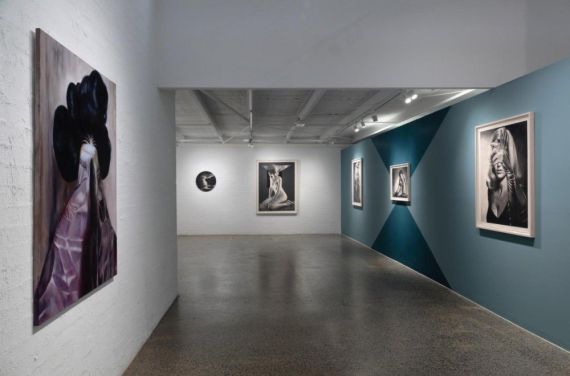 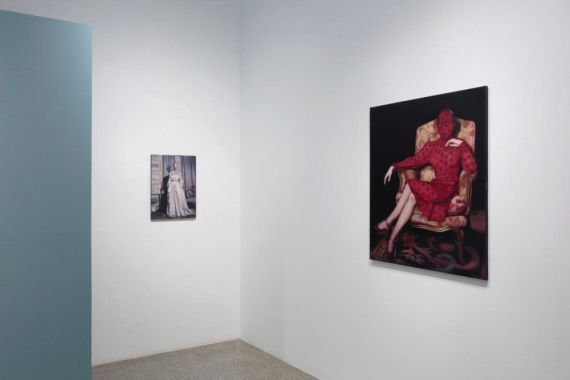 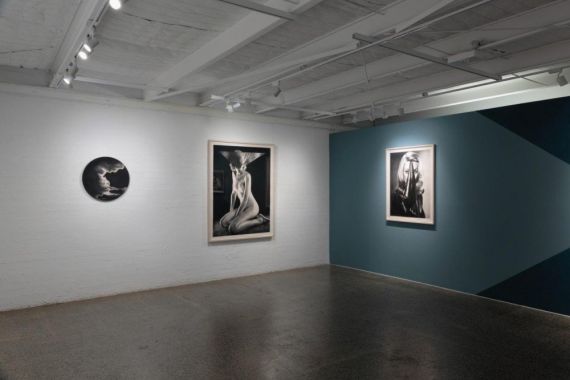 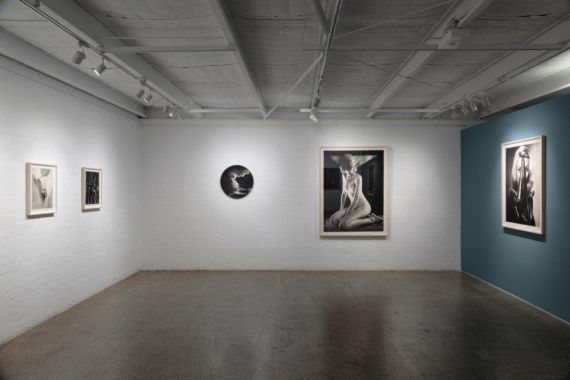 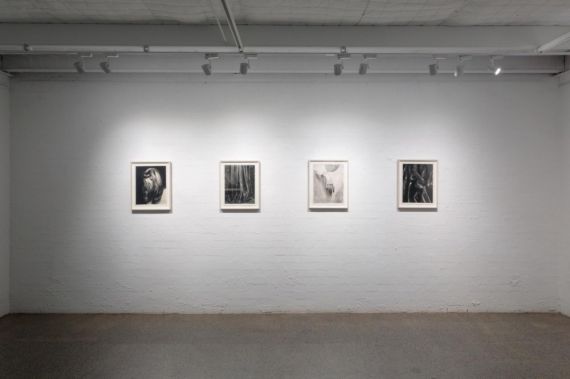 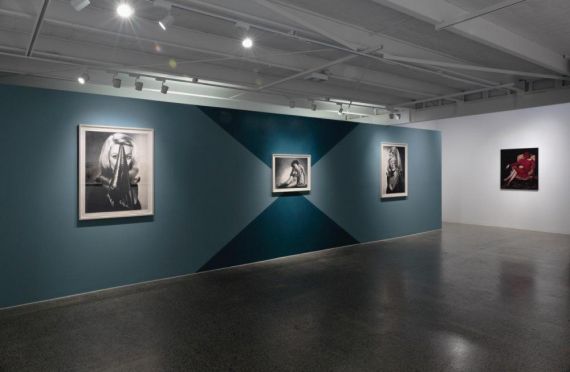 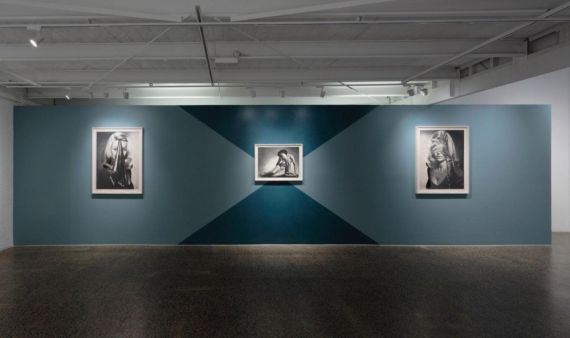 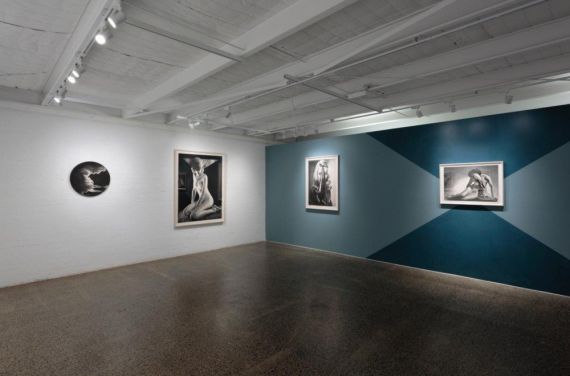