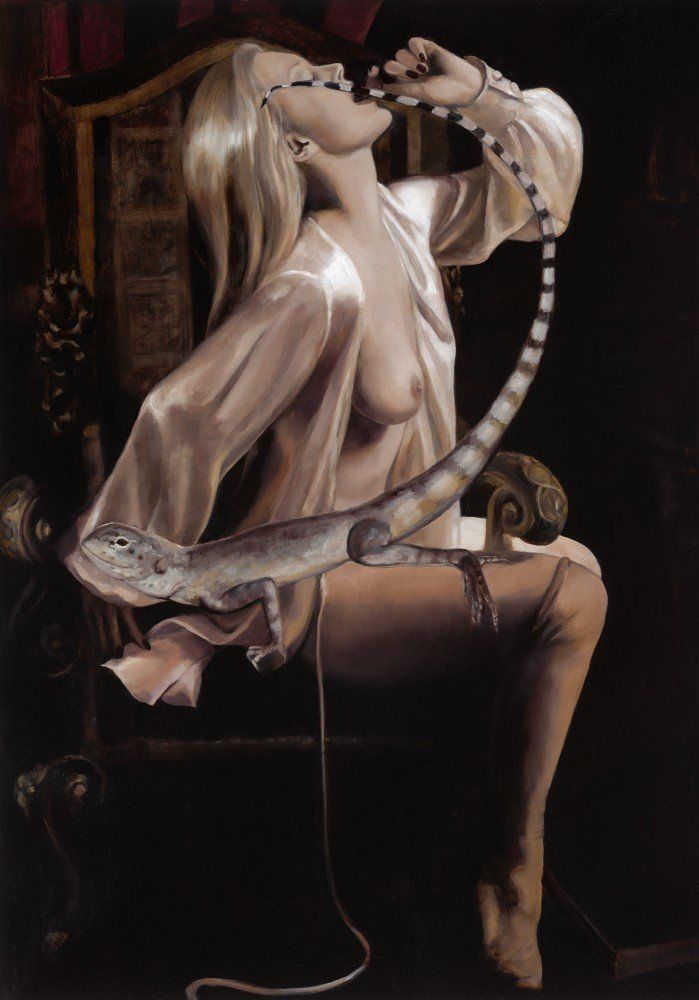 The practice of Melbourne-based artist Heidi Yardley explores elusive worlds of displaced identity via elliptical protagonists and surreal configurations. In many of her works, Yardley cuts, arranges and layers pictures from twentieth century archives to find unexpected connections between fragments before creating masterful charcoal drawings and paintings replicating these collages. Through this, the artist reconstructs her own personal history as well as that of the collective unconscious, forging ambiguous narratives imbued with a dark psychoanalytic timbre.

Yardley’s new collection of paintings, ‘The Sinking Belle’, excavates the socio-historical edifice of female experience. Voyeuristic vistas of erotically-posed female figures in private interior spaces recall the photographs of 1970s men’s magazines, and yet their surface sexuality slowly gives way to darker truths. The artist’s ‘cut and paste’ collaging and layering techniques in some of the works fragment and objectify the figures, while tribal-esque body paint evoke an ambiguous ritualism. For the artist, ‘these women are private warriors, survivors of an interior jungle’. They represent the paradoxes endemic to human experience – the strata of morality and decorum that screens the repressed, subterranean wilderness underpinning humanity and driving our primal desires. Fleshy, often-faceless femmes partaking in private rituals tap into that transgressive realm of lust, sexual selection and carnality that is so conspicuously sublimated in ‘civilised’ society. By colonising the historically male tradition of figuration, these works offer a feminist perspective that is both complicit in and critical of sexualised femininity.

The private ritualism and archaic eroticism in the works is echoed in Yardley’s inclusion of Australian native reptiles, their organic patterns evoking camouflage and, by extension, those facets of female identity that are hidden from the male gaze. At the same time these slithery snakes and lizards escalate the sensuality of the works, crawling and sliding over warm flesh with a surreal incongruity that blurs the boundary between predator and prey. This also refers to the artist’s long-standing interest in Australian mythology and iconography, particularly as it has been presented in 1970s New Wave cinema. Additionally, Yardley pairs her protagonists with ‘broken’ still lives – fragmented florals and displaced objects – through which we can begin to decipher a language of fractured memory and unresolved relationships. Ultimately, desire dances with loneliness in an endless waltz that slowly chisels a chink in female identity. 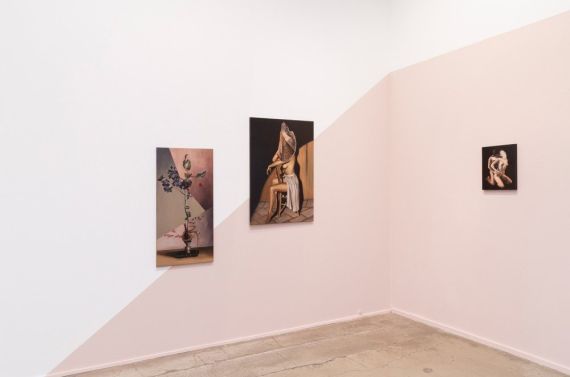