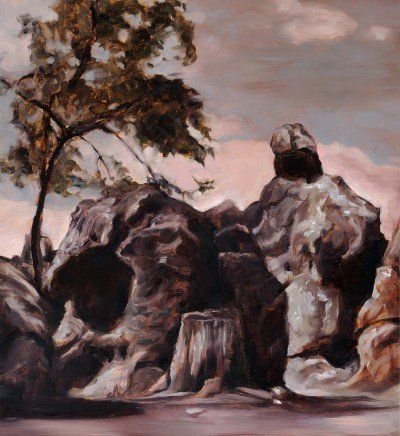 Gift for the Darkness

This quote appears at the Information centre at Victoria’s famous ‘Hanging Rock’ in Mt Macedon. Heidi Yardley has visited this site as inspiration for her solo exhibition.

Gift for the Darkness

at Jan Murphy Gallery. The site has always held fascination for Yardley not only for its natural beauty and mystery but as the site of the film ‘Picnic at Hanging Rock’ directed by Peter Weir in 1975. Yardley’s work has often been compared to film in terms of narrative and fragmentation. The disappearance of the girls in the story carries weight as a metaphor for the contradiction of British colonization of Indigenous land; a subject also explored by Yardley in her exhibition ‘Darklands’ held in 2007.

This exhibition explores aspects of the Australian landscape and its underlying mythology. Clues to our collective consciousness of past Australian mysteries include the dingo as a reference to the disappearance of Azaria Chamberlain. The images do not offer literal interpretation but create a kind of mood and a melancholy familiarity. Amongst this is a suggestion of ritual, lending an eerie quality to otherwise unassuming landscapes. At times decorated in body paint or sporting cuts and bruises, Yardley's figures seem lonely in their attempt to connect with primeval urges. The mystery and brutality of the Australian landscape is always present.

The title Gift for the Darkness is taken from a chapter title of the book ‘Lord of the Flies’, written by William Golding in 1954. 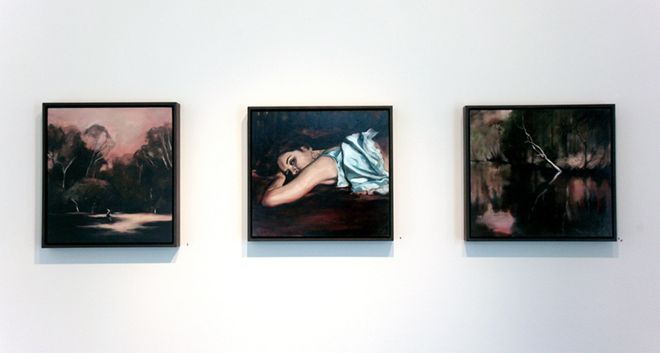