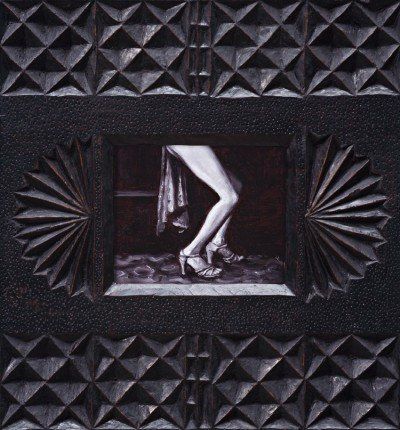 What, if anything, does one see in the fading moments upon death? Is there a sense of movement, of hurtling upwards into the cosmos, as is so often speculated?

An after-life is, of course, the bedrock of almost all belief systems, from the Pagan to the Christian. The belief in some further destination is as old as death itself.

People dance to celebrate such a belief. People chant around roaring fires, speculating on the fate of their fallen brethren while those who have passed over lie in peaceful, eternal slumber.

And here, a young woman of classical, timeless beauty lies in state. She seems too unblemished to have died of natural causes, thus one wonders – was she slipped some hideous potion? Was she sacrificed for some heinous ritual?

Heidi Yardley has oft delved into the shadowy recesses of human culture and superstition, dissecting with surgical care both the hideous and the romantic. Here we enter a tiny portion of her world, where ethereal music (composed by her husband, Ben Yardley – The Carrier) shimmers between the intimate space linking the corporeal and the cosmos. Sketched onto the wall like ancient rock art are the extremes of ritual, one dark, one joyous. Their backs to the wall, staring into the void of death, the coven clearly evoke some pagan evil, even as their apparent victim transcends and, opposite, others dance with unbridled joy.

In these powerfully monochromatic scenes the minds eye evokes fire, as though these are shadows on a cave wall. But instead there is only the cold void. The revellers dance around empty space, the huddled figures stare into nothingness, the only ashes are the ones rendered by the charcoal used to evoke them.

There has always been a powerful sense of the narrative with Yardley’s work. Clearly influenced by cinematic transcendence, her portrait here co-joins the romance of Aubrey Beardsley’s Salomé and the noir sensibility of Alfred Hitchcock, her cosmos is Wassily Kandinsky channelled via Stanley Kubrick’s 2001.

Yardley herself has described the core themes of her work as: “Idealism gone wrong, the contradictions of science and spirituality, occult and ritual practices, neo-paganism, the torment of nostalgia and the unreliability of memory, duality, doppelgangers, the supernatural and uncanny.”

Yardley’s neo-paganism is in full bloom in the small and intimate work The Goat Dance. Trapped darkly in a lovingly restored neo-baroque frame, a dancer’s legs are captured, as though accidentally caught in the corner of a photograph. Accidentally because the arcane, ritualistic Flamenco-Paganistic movement is clearly a thing of privacy, a moment of ecstatic unbridled movement that makes the viewer the voyeur.

Yardley has been described as ‘neo-goth’ in recent times, included as she was in the exhibition of that title at The University of Queensland Art Museum last year. But that seems far too simplistic. As the strange voices echo through the ether, one knows there is far more going on here than meets the eye. Indeed, it is what you can’t see that causes that eerie feeling along the spine. 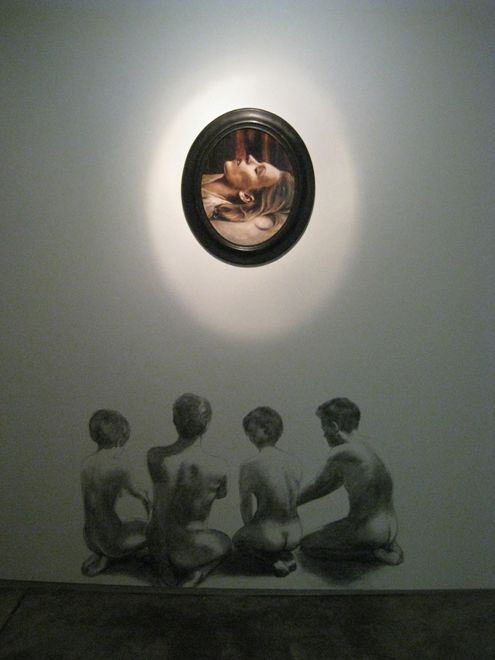